Illness in the Time of the Apocalypse

I've been gone from this blog for a long time.  Not because I've been too sick to write but because I started a Facebook patient support group for the housebound and bedbound folk.  I was very involved and curated the group for the first year until it got enough members and the right tone for it to become self sustaining with a great set of admins.  The group is great.  It has over a thousand members now.

Thing is we have a couple of members that are very depressed because of illness, a couple who are suicidal, one who is suffering from medical abuse/neglect and several others in abusive relationships.  They post constantly and it just drains me.  I hate going in to the group now.  It isn't because of lack of compassion.  I feel horrible for them.  I just don't have enough energy to deal emotionally right now.

For me it has been the ever deepening pool of crap I've had to deal with over the last four years.  I've moved, which was a major energy drain in and of itself.  I can't find a new doctor that will actually help me.  My liver decided to quit working.  I've been fighting to stay on a keto diet to fix my liver and stop gaining weight.  A microburst ripped through my neighborhood and downed hundreds of trees and took out power for a week.  My son was injured in a car accident.  He'll recover but not without lots of PT.  My mom is slowly descending into dementia.  My favorite sister in law passed away from dementia (she fell and severely injured herself and was allowed to pass peacefully).   I had to block my sister again after she posted some anti-semitic stuff that she thought was just anti-vaxx.  And then there is the planet at large.  Trump became president and ushered in the destruction of our democracy, the removal of all federal oversight of everything, and the packing of all the courts with conservative judges.  Covid happened, which prompted my mom and son to move back in with us.  The west is on fire making this entire year seem like a post-apocalyptic nightmare.  Not to mention the killing of POC by the police with no repercussions.  Now people think it is okay to drive their cars into other humans if they are holding a BLM sign and go into stores without masks on even though over 2 million people have died and thousands are left with CFS/ME like illness. WTF is wrong with people!?!  They literally don't care about the lives of other people.  I'm shocked.  Appalled.  Flabbergasted.  I don't have the words.  It is like they are brainwashed.

Between all the shitposting on Facebook by my fellow townsfolk and family members, the depressing stories in the support group and my own personal hellscape I am defeated unlike any other time in my entire life. My husband really can't grasp what is going on with me.  Why I'm so upset all the time and am constantly in a bad mood.  I feel crazy isolated.  I can't go out because I'm at high risk of dying if I catch covid but people are literally putting me at risk so they have the 'freedom' to go without a mask.  I decided to take a chance Sunday and go to the farmer's market.  There was a lady blocking the entrance putting on a Trump facemask because the market folk wouldn't let her in without one on.  Once I was inside and at a vendor table she came right up next to me and I had to tell her to back away from me.  There was no one else around and she didn't have to crowd me but she did and she didn't care.  OMFG!  In the meantime my husband is out with his friends and family visiting and having meals and now off in CT working and staying in a hotel.  He just might kill me yet.

I haven't cried so much in my entire life, ever.  I burst into tears at the slightest provocation.  I can't tend to other people's needs at all.  I have a short temper.  I'm just so done with everything.  The callousness.  The heartlessness.  People's individual selfishness and the greed driving the country as a whole.

But it is really my inability to do anything at all to effect change that is shaking me to my core.  It is all out of my hands.  The elections.  The DOJ & GOP.  The police.  The neighbors.  Covid.  My family. My isolation.  My own illness.  So I cry.  I try to distract myself.  I stopped following the news so closely.  I've been watching post apocalyptic science fiction which is somehow comforting since good wins and the heros figure out how to survive.  I too will survive.  I'll get through this like I get through everything.  It is just a really rough road in between. 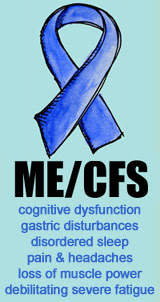 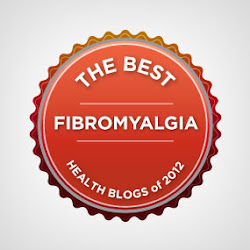